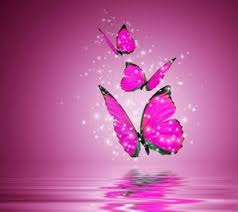 Today is day 3 of my 21-day commitment not to listen to or read any spiritual / psychological material. (See blog from Dec. 30th, 2016 for details).

It’s been going well. This morning, I had a moment when I realized that I couldn’t tune into Dr. Michael Beckwith’s sermon from Jan. 1st. ..and I wanted to read the Power of Now last night when I couldn’t fall asleep, but I’m instantly able to find other ways of self-soothing. I love to lie in bed with my eyes closed and allow my body to feel safe and loved. I imagine wonderful things floating down over top of me like warm snowflakes. Money, love, kindness…just floating down and covering me like a blanket and then sinking into each of my cells and reminding them that they can relax and be free. It takes more effort to fall asleep this way than it does to read “The Power of Now” but I think it makes for a better sleep. I’ll let you know in 21 days.

I performed on New Year’s Eve. For musicians, there are certain gigs where we can ask for a premium for our work. St. Patrick’s Day, Weddings, Corporate Events, Private House Concerts…and New Year’s Eve. I don’t play St. Patrick’s Day events anymore. St. Paddy’s takes partying to a new level and I prefer to stay home for things like that. But there’s something magical on New Year’s Eve. It’s the energy. People are letting go and embracing a new year. It’s easy to get swept up into the amazing-ness of it and I enjoy jumping in.

This year’s show had an interesting start. I was performing at a Hotel that is 1.5 hours drive from home. It was snowing and I planned to leave early. My day had gone well, my voice was warmed up, and I was right on track for an early departure from home when Quentin and I had a misunderstanding. It was a simple one, but it had been going on all day undetected. I was not about to leave with this hanging around between us because 1) New Year’s Eve is our wedding anniversary and since we weren’t going to be together, it was important to at least feel loving energy as I departed, and 2) I believe every mood can be changed by accepting a change in perspective and every perspective can change by realizing that there is a misunderstanding. So, we set out to find the source of misunderstanding and it took 10 minutes. Amazing! But by then I was running late.

My plan for make-up was to wear some sparkle paint on my face and I had just the stuff that my Mother in Law had given me many years back. In my hurry, I grabbed a bottle of sparkle paint and put two, beautiful patches of it on both sides of my eyes. It looked awesome! I was a butterfly!! But I could smell something that resembled rubbing alcohol and burning flesh. As I looked closer at the painted patches, I could see my skin turning red and wrinkling up leaving bits of sparkle floating on top of unhappy, wrinkled skin. I suddenly realized I’d just applied nail polish to my face! So, I began scrubbing my now burning skin and was able to remove the polish and sparkle only to be left with two patches of red, blistered skin on both sides of my eyes. Luckily I have a miracle cream (it’s called Essiac and you can get it at most of the natural food stores in Muskoka) so I slathered it on and was now sporting some shiny red, blistered patches of skin. But at least they weren’t burning anymore. But then I was, seriously, running late. In my haste, I forgot to brush my teeth. AND I forgot the gum that Quentin had left for me on the kitchen table. So, I headed to my gig feeling like a bit of train wreck. I considered brushing my teeth at the hotel (I always carry a toothbrush in my purse) but it is such a swanky place, I was worried that the guests might tell the authorities. I also considered a Tim Horton’s tooth brushing (which has been done before), but my stomach has been queasy for most of the holiday (I blame this on Helluva dip) and I was worried that the germaphobe in me might end up gagging while brushing if I had to nose breathe for too long in a public washroom. So I decided that the side of the road was the best choice. And that’s what I did.

I arrived at my gig in perfect time with clean teeth, a rosy red face, and a smile. And the gig was MAGICAL!! No one would have ever guessed I’d had a problem in the world….even me.

I wanted to tell this story because it is one of the many examples of what things can look like versus what they really are. Sometimes, when I see a beautiful woman who looks perfectly put together I think to myself “I wish I could look put together like that.” I often forget what goes on behind the scenes and what it takes to walk as though nothing has ever bothered you and to smile as though it took nothing to arrive at this pleasant moment. There have been many a show where, five minutes before show time, I’m backstage colouring my scuffed boots with black magic marker (I once colored a small circle of my skin with magic marker when I found a hole in my stretch pants 30 minutes before show time.) It is a rule, as a performer, to make things look easy. You never tell the audience that you’re sick or that you’re struggling. We can tell stories of struggle, but they are almost always past tense. It is a great art to appear “put together” and some of us get so good at it that we actually believe it….for the moment…until we arrive home and see that the sides of our eyes are still red and blistered.