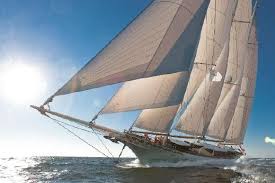 I had been counting down the days for my cast to come off it finally arrived yesterday. There was an angel in the waiting room who spoke to me before I went in. Her cast had come off just minutes before and she had had the same injury as me. She told me that her wrist was starting to swell and it was painful. She was scratching at the flaky skin that hadn’t seen the world in many weeks. She told me that her friend made her promise not to scrape off all the loose skin because, afterwards, it would feel like her arm was on fire. I thought nothing of this conversation until my cast was removed and 10 minutes later was scratching off dry skin and watching my wrist swell like a balloon. I had looked forward to this day as though it was going to a childhood Christmas! To say it was anti-climactic would be an understatement.

I spent the day staring at my weird wrist and making feeble attempts to move it. The muscles hadn’t moved in six weeks and so any little nudge upset them. It would be like having your foot fall asleep and trying to walk. I was mortified. It seems like I had less range of motion than I’d had in the cast.

The next upsetting part came when I realized that this new chapter was going to be completely opposite of the last one. My life in a cast was gentle. I was a vulnerable victim and I was getting used to it. With the cast off, I now had two choices… either become a hero of my own life, or struggle with a wrist that will never work properly. The only person responsible for the recovery of this wrist is me. My wrist’s fate depends on my level of self-discipline. This is a dramatic change after having 6 weeks of people taking care of me. I’m not complaining about it… I just didn’t see it coming.

Last night I snuggled my newly splinted wrist close to my heart (up until now, the cast wouldn’t allow a full bend at the elbow) and whimpered my shocked self to sleep. I slept deeply… the best sleep I’ve had in months. And, when I woke up this morning, I felt ready and capable of acknowledging this new chapter. It’s funny how fast we can adjust to change.

I will wear a splint for the next two weeks. I don’t have a medical plan and so physiotherapy is not covered. But, luckily there are very generous doctors who post videos on how to regain movement and strength after a broken wrist. I’ve put together a physiotherapy plan based on a few different videos… and I measured how much movement I have so that I can keep track of progress. I’ve always been a bit of a nerd.

Showering was absolutely glorious!! I felt like I was at a spa. My arm was so happy. I could’ve spent all day in the shower. I could feel the crispy skin of my arm turning into mush and begging to be scraped off with a pumice stone, but I remembered my angel from the waiting room and decided that having an arm feel like fire all day would be counter-intuitive to the healing process…realizing again that this next chapter is all up to me…and my will.

Every night around 9 PM for the last six weeks, I’ve had a 1 to 2-hour stretch where I felt like I was in jail and my cast was a jailer. It was luck that I didn’t saw the stupid thing off. I eventually came to know this time of night and would surrender to it… allowing myself to sit in jail. I felt powerless and I came to understand and even appreciate this feeling. Today, all the power has been given back to me… and I’m not completely comfortable with it…yet. Funny how we grow comfortable with our situations even if they’re crappy. I would like to take the lesson I learned over the last six weeks: compassionate self-care, and integrate it with the woman I know myself to be: strong and independent.

I guess I’m looking for a balance of strength and surrender. Cheers to a new chapter!!